Last week YouTube deleted one of the videos at Kloop’s channel and also banned us from posting anything for a week: we were notified that the deleted content contained “harassment and bullying”.

We were surprised with this move from YouTube: the deleted video was a manual for the election monitoring team of Kloop. It was accessible only via the link, and it definitely had nothing even remotely close to “harassment and bullying”.

We appealed the removal and the ban, but YouTube dismissed it, claiming that they rechecked the video and were sure that it definitely violated their terms.

This happened on November 26, two days before the parliament elections in Kyrgyzstan, where Kloop played a very important role both as one of the leading media outlets and one of the major election observation organizations.

We found the way to work as efficiently as we planned: we have reserve channels, and we still managed to publish dozens of videos of violations that took place during the elections. Also numerous channels of our sympathizers would have posted our content if we asked.

We understand that YouTube does not allow authors of temporarily banned channels to open other channels and to post anything during the ban, but time was not on our side. November 28 was a crucial day of elections and we could not leave our audience without any video content at all, so in this case we preferred to deliberately violate YouTube terms: something we would not have done if there was no mistaken ban from YouTube itself.

In the morning of December 1 we found out that YouTube had restored the deleted video and had revoked the ban. Also, they canceled the warning strike that they had issued us.

Although we understand that by doing so YouTube admits its mistakes, we are furious that we have not received any formal letter from the company about why they reversed their decision.

What happened to us was not normal. Although we found a workaround, the damage was done anyway.

YouTube must apologize to us, and must send us explanations about what has happened.

We also urge YouTube to reconsider its policy about removing videos. We believe that we were the victims of an orchestrated complaints attack, and YouTube simply followed the procedures of its poor algorithm.

Also, the deleted video was in Kyrgyz language. We wonder, which regional office of YouTube/Google/Alphabet is responsible for moderating content in Kyrgyz language, but we believe that those who do it, do not speak Kyrgyz at all. Thus we also urge YouTube to diversify its pool of moderators.

And, finally, we understand that YouTube, being part of a private corporation, can do whatever they want within their services. YouTube can cooperate with any government to silence independent media, for example: it is their right. But if this is the case, we urge YouTube to clearly acknowledge it, so that independent media and human rights organizations would be warned and would not use their services anymore. 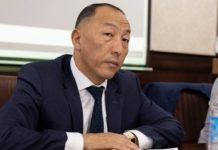 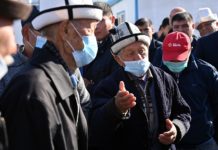 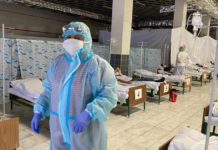