Deputy Head of the Security Council of Kyrgyzstan Taalatbek Masadykov has met with Taliban representative and acting Afghan Minister of Foreign Affairs Amir Khan Muttaqi. The meeting was announced on the Twitter page of Zabihullah Mujahid, spokesman for the government of the Islamic Emirate of Afghanistan.

The meeting took place in Kabul on 23 September. Also in attendance was Zheenbek Kulubaev, head of the Kyrgyz presidential administration’s foreign policy department.

It was later revealed that Masadykov had visited Afghanistan at the request of Kyrgyz President Sadyr Japarov. The President’s press office said that the Kyrgyz delegation had “delivered a consignment of humanitarian aid to the people of Afghanistan, on behalf of the people of Kyrgyzstan.”

The press office of the president of Kyrgyzstan also stated that Masadykov had spoken with Mullah Abdul Ghani Baradar, a field commander and leader of the Taliban’s political wing.

A statement from the press office said, “the two sides discussed the political situation in Afghanistan and exchanged views regarding security in the country and the region as a whole.”

According to the Kyrgyz side, Abdul Ghani Baradar thanked Japarov and the people of Kyrgyzstan for the aid supplies.

“He made particular reference to the country’s needs, because humanitarian aid promised by the international community has yet to arrive, and the country’s bank accounts remain frozen,” the statement continues.

According to the Kyrgyz president’s press office, Abdul Ghani Baradar emphasized the need to build trust with neighboring countries, noting how important it was for the Taliban to restore peace in Afghanistan and revive the country’s economy in order to improve the lives of its citizens.

Kyrgyzstan is the first country in Central Asia to hold meetings at this level with the Taliban-appointed government.

*The Taliban is a radical organization that is banned and considered a terrorist group in Kyrgyzstan and many other countries worldwide.

Earlier, President Sadyr Japarov of Kyrgyzstan stated that his country was committed to “non-interference in the internal affairs” of Afghanistan, and to “supporting friendly relations” with the country. He also highlighted the “need for dialogue with representatives of the new authorities in Afghanistan regarding potential opportunities for cooperation in a range of areas,” in order to facilitate the “rapid stabilization of the country.”

“We hope that Afghanistan will see rapid stabilization, the establishment of a new, inclusive government and a state structure that is acceptable to the population,” Japarov said.

Uzbekistan has also attempted to establish relations with Afghanistan since the Taliban took power. On 14 September, the Uzbeks delivered a consignment of humanitarian aid, including food products and clothing, to the country.

Russia has also expressed its readiness to support the Taliban in the fight against terrorism. 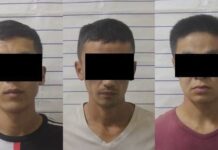