A limit to revolutions and an imperfect government

Japarov began his speech with history. He remarked that over the 30 years of its independence, Kyrgyzstan has survived three revolutions that “history will judge.” Not everyone thinks of the events of 2020 that brought Japarov to power as a revolution.

“But there is one indisputable fact: Kyrgyzstan never lost its sovereignty after any of these revolutions […] The Kyrgyz people have proven that they are ready to overcome hardships and have shown their desire for freedom […] But on the other hand, perhaps we have reached our limit on revolutions and toppling governments. In short, I believe that we have had enough of the kinds of dangerous experiments that can drag us backward,” Japarov said.

Japarov noted that real changes have now begun in the economy and the fight against corruption.

“The government cannot magically become perfect, and by its nature it won’t be. What has happened to us? All of Kyrgyzstan has gotten caught up in politics as the world around us has changed sharply. The confrontation between great world players, the pandemic and its consequences, the situation in Afghanistan […]. All of this speaks to the fact that the situation has gotten dangerous because of various events over the past 30 years,” he said.

Japarov stated that Kyrgyzstan must sort out its economy on its own, stop living in a virtual world, and learn how to earn money.

According to him, for this to happen, the country needs a new economic policy, which will be based on honest labor, fair taxes, and social equality.

He said that he had studied the state of affairs in the country and came to the following conclusions.

First, in Japarov’s opinion, the economy must be fiscalized and digitalized. Yet not a single department in the new Cabinet has even hinted it will be involved with digitalization.

Also, according to Japarov, the agricultural sector must be reformed to ensure the country’s food security. Additionally, as the chairman said, medium and large businesses must be supported, and the shadow economy must be confronted.

Japarov stated that the country must develop tourism, and that highways to tourist locations will be renovated in the spring to do so. Moreover, the government intends to create a fund for tourist development with a budget of 1 billion soms.

The rich must pay more

Japarov also touched on taxes. According to him, “the rich must pay more taxes.”

“This is my fundamental position. At the same time, if they [the rich] create jobs, they should receive corresponding preferences from the government. For example, soft loans. They do this all over the world […]. If they pay more taxes, we must help them. There should not be oligarchs, but I believe we do need wealthy people,” he said.

Japarov added that the government “must drastically reduce the number of low-income individuals” — at the expense of the talent of the rich,

Later in the session, however, he clarified that “not a single tax will be raised.” He said that while he was not the author of the new Tax Code, he was one of its initiators.

Kumtor is a test

Japarov, who previously was the head of the state committee on the activities of Kumtor, called the current situation around the mine and court cases with Centerra Gold Inc. “a fight against economic neocolonialism.” The government of Kyrgyzstan has introduced external management to the mine, while the Canadian company Centerra Gold Inc., which developed the mine, has appealed to international arbitration.

“I am grateful for Kumtor, which came into being during my career as a politician. Because Kumtor is Kyrgyzstan’s only robust and fully sovereign operation over its entire recent history […] Kumtor, in some sense, is a test on the maturity that Kyrgyzstan is now surrendering. It is a fight for people to live by their own minds and dispose of their own wealth, mineral resources, and air. It is a test for the people for survival and the capacity to consolidate, and for the elites for the capacity to act and the right to govern,” he said.

He once again assured everyone that operations at the mine are stable.

“In contrast to a long 22 years when they were taking gold out of the country, today the gold is staying with us. There are taxes. There were some delays and payment reductions in August, but I think volumes will be restored,” he said.

According to him, the mine has produced five tons of gold to date for a total of $100 million in the account of “Kumtor Gold Company.”

“Five or six world-class specialists have come to us with Tengiz Bolturuk. and they are working. At recent negotiations in Switzerland, Centerra representatives also acknowledged that the mine is working, and that Kyrgyzstanis can carry out activities in such industries,” Japarov said.

Negotiations on the mine did indeed take place, but Centerra has not yet released any statement about their results. The government of Kyrgyzstan has stated that they are satisfied with negotiations with the Canadian company.

At the session, Japarov also talked about how the new government will replenish the budget. In his words, the government will primarily uncover all shady schemes at customs.

According to data from the National Statistical Committee, in both the first and second halves of 2020, Kyrgyzstanis view the State Customs Service as the most corrupt state agency.

“In the end, we are planning to receive 280 billion soms from these sources by the end of the year,” Akylbek Japarov promised.

Japarov also mentioned the energy crisis. He emphasized that the country is “not in the best condition” as it approaches winter.

“You all know this. The people know this, too, as they buy scarce, expensive coal. Energy workers at the insufficiently full Toktogul reservoir also know this. There will be challenges, but nothing catastrophic or irreversible will happen. The Cabinet of Ministers will make every effort to make life as easy as possible for people in this period,” he said.

In response to a question from deputy Abdyvahap Nurbaev, Japarov stated that in 2022 the government will raise the salaries of teachers, cultural workers, and doctors.

According to him, the salaries of security officials were raised this year because of the armed conflict in the Batken Region.

“Next year, our first task will be to raise the salaries of teachers, doctors, and cultural workers. The president has set the task of doubling their salaries. Because of this, we are working on fiscalization and eradicating smuggling and the shadow economy. Salaries, pensions, and allowances will be raised as taxes go up […] We will not stop until girls say that they dream of marrying teachers,” Japarov said.

At the end of his speech, Japarov stated that it is perhaps the last chance for him and politicians of his generation to hold a worthy place in the national memory.”

“I, like my entire generation of politicians, take responsibility for everything that has happened and has not happened in the country over its 30 years of independence. And now, history is giving our generation of politicians one more chance, perhaps the last one, to hold a worthy place in the national memory. I will do my best to take 100% of that chance,” said Japarov. 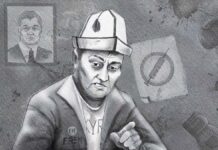 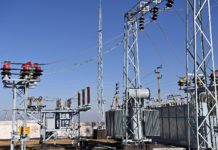 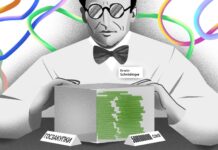