On November 7, recognized as Press Day in Kyrgyzstan, President Sadyr Japarov met with the editors-in-chief of various media outlets. The event was a “buffet” style reception, and after the official congratulations, Japarov approached the journalists with his wishes. Journalists at one table asked him whether freedom of speech will remain the law of the land in Kyrgyzstan.

“You have freedom of speech — you’re acting freely right now, aren’t you?” said the president.

The journalists then reminded him of the “law on fakes” that was initiated by Gulshat Asylbayeva.

“On the manipulation of information,” also known as the “law on fakes,” is theoretically supposed to be used to fight false information online, but could also conceivably be used to combat investigative journalism and independent journalists. For example, if someone claims an article contains falsehoods, the site hosting the article can be blocked while a specially appointed body determines the material’s accuracy. To unblock the site, the publication would have to go to court.

Journalists expressed their fears that the law would be used against the media. The president then promised not to sue the media.

“You can write whatever you want. Neither I nor the Cabinet will sue anyone. I am responsible for the Cabinet,” said Sadyr Japarov.

“You write reliable information, right? If so, then the law won’t affect you,” added a spokesman for the president.

While Sadyr Japarov was in the hall, journalists could not use their phones to record his words — smartphones were left with the state guard.

Japarov’s attitude toward the media

Sadyr Japarov’s attitude toward the media has changed as frequently as his place in politics. When he was a disgraced politician opposing former President Atambayev, his point of view was not represented in the state media. Only independent publications and individual journalists voiced his position. Journalist Ernis Kyyazov even complained of being persecuted by the authorities for voicing Japarov’s views.

Independent media covered in detail the criminal cases against Japarov, who was accused of taking the governor of the Issyk-Kul region, Emilbek Kaptagaev, hostage, even reporting that the “victim” did not agree with the charges against the politician and asked to review the case.

Journalists also covered rallies of Sadyr Japarov’s supporters while he himself was in detention. He was detained in 2017 and released on the night of October 6, 2020, after the protest against the results of the parliamentary elections.

As Japarov continued to vye for power, the media described his rich political background, including his work under President Kurmanbek Bakiyev, the criminal cases against him, and his calls to nationalize Kumtor. Before long, Japarov was claiming that certain media outlets had reported inaccurate information, and his supporters began to threaten journalists.

Japarov has also been critical of Radio Azattyk, the Kyrgyz branch of Radio Liberty. As a result, anonymous social media accounts and supporters of the corrupt Raimbek Matraimov began pressuring reporters, which led to Japarov holding a meeting with the head of Radio Liberty.

In the spring, a post appeared in the president’s Telegram channel in which independent media, investigative journalists, and the former head of state, Roza Otunbayeva, were called “buzukular” – behind-the-scenes plotters or conspiracists. The president’s press office was quick to point out that the channel wasn’t his, but that of some “fans” of his. By then, however, journalists had confirmed that Japarov’s channel was indeed official.

Sadyr Japarov’s attitude toward the media changed again in April, after the conflict at the border, when the authorities relied on journalists to help them combat false information. Then, Independent journalists learned that both a Tajik media outlet and a Tajik government agency used photos of destroyed Kyrgyz villages and portrayed them as Tajik villages to show that “their” territory was destroyed because of the conflict. The Tajik Ministry of Emergency Situations eventually apologized and removed the photos from their website.

At his most recent press conference, which marked the end of his first year in power, Sadyr Japarov tried to demonstrate his friendliness toward journalists — he even gave a present to an employee of the Mir TV company, which was celebrating a birthday. The common thread throughout all of his statements, however, is that the media ought not distort his words and must be held responsible for the information they disseminate. 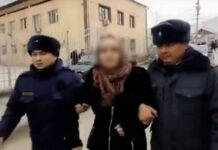 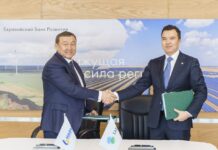 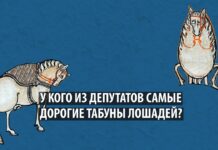