In the morning of March, 8th, the district court in Solna, Stockholm, announced the verdict of the terror suspects Atabek Abdullaev, Bakhtiyor Umarov and David Idrisson. Abdullaev was cleared of charges of preparation of a terror attack and financing of terrorism. Idrisson was convicted to seven years of imprisonment, and Umarov received a six-month sentence.

Atabek Abdullaev’s lawyer Kristofer Stahre called the verdict “a fantastic victory”, and emphasised the hard work ongoing for almost a year since Abdullaev’s arrest in April 2018.

Abdullaev and Umarov were suddenly released earlier this week, after decision from the court. According to Swedish media, none of the lawyers or suspects were given any reason for the release.

The written verdict from Solna district court discusses the complexity of the case and the insufficient evidence presented by the prosecutor against the suspects — especially Atabek Abdullaev.

A truckload of chemicals

SÄPO (the Swedish Security Police, ed.) believed that Atabek Abdullaev assisted David Idrisson in preparing a terror attack, because Atabek helped with transporting chemicals, which could be used for an attack. The court disagreed.

Although the court has found that David was intending to use the chemicals that he bought from the auction company for a terror attack, it has found no evidence for Umarov’s and Abdullaev’s involvement in this. According to the court, Umarov was not even aware that the chemicals existed. The court stated that the prosecution has not been able to prove that Abdullaev was planning something with the chemicals together with David. Abdullaev stated that he merely helped his friend, and almost exclusively transported paint not chemicals.

Atabek Abdullaev posted pictures of population-dense places in Stockholm — and the prosecutor accused him for preparing an attack. During the trial, Prosecutor Per Lindqvist said: “I will not exaggerate the significance of these pictures, but it is obvious that Abdullaev has had an interest in spaces, which would be suitable for an attack,” and added “It is a sign that an attack is being planned. It is a small, but important piece of the puzzle.” But Solna district court also disagreed.

The court decided that the fact that Abdullaev posted pictures on social media “has no significance”. The court also underlined that Abdullaev has never “talked or acted in a way that can give a reason to believe he was planning an explosion.” In the verdict, the court states: “Today’s digital environment often contains images that are not always very interesting and which lack interconnectivity. The fact that Atabek Abdullaev has had IS-material (in his phone, ed.), and that he also has had a picture of a child with a raised index finger among the pictures that he posted (of population-dense places in Stockholm on Odnoklassniki, ed.) is not enough to prove that he has had a particular motive with this. The district court believes that Atabek Abdullaev’s own actions seen isolated are not enough to prove that he had the intention of preparing a terror attack.”

In an interview with Kloop, Atabek Abdullaev’s lawyer Kristofer Stahre also noted that the pictures were not at all associated with planning an attack.

“The Security Police (SÄPO, ed.) has had a hypothesis that the three people in the apartment were a terror cell (…) And then it fitted just well that Atabek had posted pictures from Stockholm in Odnoklassniki. But there is no evidence at all indicating that the pictures should be understood [as a preparation of a terror attack]. I criticised the prosecutor very much for this in my plea in the district court”

SÄPO also saw a link between IS and Atabek Abdullaev, because they had found IS material on his electronic devices. However, according to lawyer Kristofer Stahre, it was shown in court — as Abdullaev also had stated in the interrogations — that he had asked David Idrisson not to send him those videos: “Atabek actually wrote to the co-suspect that he didn’t want this propaganda sent to him. And Atabek has explained to David that he should stop sending this”

Further, the court noted in the verdict that both Atabek Abdullaev and Bakhtiyor Umarov “have not wanted to spread IS-propaganda […] and that this material is auto-saved on their phones and laptops when something is sent to them.”

Kloop highlighted in the previous article that there were grave mistakes in the translations used in the pre-trial investigation report. The starkest example was a Kyrgyz verb, which was mis-translated as “shooting” in the Swedish translation of a Facebook messenger chat. In the verdict, it is also written that the translations were problematic for the investigation: “Most of the communication was happening in foreign languages, and it has been raised that there were numerous problems with translations.”

Atabek Abdullaev’s lawyer Kristofer Stahre informed Kloop.kg that many of these translation mistakes were handled by the defense before the trial, and that the inadequate translations from the investigations were corrected.

In the two instances of indirect cash transfers to IS in Atabek Abdullaev’s name, the court found that there was not enough evidence to support that Abdullaev knew about the ultimate recipient of the money.

Transfer one: Bakhtiyor Umarov, who made the transfer, used Abdullaev’s card without his presence, and had stated that the money was for his family in Turkey. Umarov, however, knew the ultimate recipient of the money – IS – and therefore he was found guilty in this instance of terrorism financing.

Transfer two: The court found that David Idrisson used Atabek Abdullaev’s RIA money transfer card without the knowledge of Abdullaev, to send money to Syria. Therefore, it was decided that in this case Abdullaev is innocent. Both David Idrisson and another suspect involved in the transfer were found guilty of terrorism financing.

The “Islamist” finger or a normal gesture?

SÄPO found it suspicious that Atabek Abdullaev had posted pictures on social media of himself and his child, holding a finger in the air. SÄPO and FOI concluded that the sign is strongly associated with IS — Abdullaev persistently denied it. In court, lawyer Kristofer Stahre gave a similar explanation — the sign can also be associated with sports. This explanation is also noted in the verdict document.

As previously highlighted by Edward Lemon, expert in extremism in Central Asia at the Wilson Center in Washington DC, the sign is not solely related to extremism. It is actually associated with a central belief in Islam called Tawhi and is commonly used: “Tawhid, the belief that there is only one God, is the central belief in Islam. It is not uncommon to see people using the one finger in bazaars and other places across Central Asia.”

“If you are innocent, you can believe in the Swedish justice system”

The release of Atabek Abdullaev on Tuesday caused great joy among Abdullaev’s relatives and also his lawyer Kristofer Stahre. On telephone, Stahre explained to Kloop how the release on Tuesday sparked hope that the verdict on Friday would imply good news.

“He was of course relieved and very happy with the message. He has during this investigation claimed his innocence, and I believe him. I explained to him that if you are innocent, you can believe in the Swedish justice system,” — Stahre informed Kloop.

Turganbai Abdullaev, the father of Atabek Abdullaev talked with Kloop by phone, with shaking voice, Friday evening after the verdict was announced. The news from Sweden were long awaited.

“I knew this would happen. I believed from the beginning that my son was innocent, because he has never done such kinds of things. I’m very glad to hear he was acquitted. I’m glad as if I was in the seventh heaven. Now, I just want to hear the voice of my son,” — said Turgunbai Abdullaev to Kloop.kg.

“The whole world knows I am innocent”

After the verdict was announced Friday morning, Atabek Abdullaev decided to give an exclusive comment to Kloop, which was scribbled down on a piece of paper:

It is fantastic that the court confirmed what I have emphasised all along, precisely that I am innocent. Thank you to all those, who believed in me and prayed for me. Today justice has triumphed and the whole world knows I am innocent.

Atabek Abdullaev was only convicted for utilising false documents — a fraudulent work contract, which he used when he wanted to open a bank account in a Swedish bank. For this crime, Atabek Abdullaev received one month of prison, which he has already served since his arrest last year.

“Atabek Abdullaev, who has never before been convicted, shall only be found guilty of using false documents,” the verdict reads.

Atabek Abdullaev is not going to be deported from Sweden, but as he lacks a visa or a residence permit, his future status in the country is unknown. At the very moment, he remains with a custodian, as he has no legal stay in the country.

Bakhtiyor Umarov was convicted of one instance of terror financing and utilising false documents and received a six-month sentence. He was cleared of charges for preparing a terror attack. Umarov is not going to be deported to Uzbekistan.

David Idrisson was sentenced to seven years of imprisonment and subsequent deportation to Uzbekistan for preparation of a terror attack and financing of terrorism.

“The district court’s evidence assessment has decided that it has been proved that David Idrisson has acquired, stored, transported and compiled 560 kg of calcium hypochlorite, 100 kg of potassium hydroxide and 50 liters of 96% sulfuric acid with the intention of making an explosive attack in the name of IS, in Sweden. What David Idrisson has testified (…) does not change this assessment. (…) the district court does not assess the accusation against Bakhtiyor Umarov and Atabek Abdullaev as proven.”

There were a number of reasons for the decision against David Idrisson. One of the key testimonials here has been from an expert within SÄPO. The anonymous SÄPO witness Tomas 2811 explained in court that he had extracted data from Idrisson’s phone, and had found out that David had joined an IS-channel on Telegram, scrolled down, and gained access to a bomb manual. The fact that Idrisson also had asked an IS-fighter he knew from Uzbekistan about a car-mechanic, made the court believe that David Idrisson was indeed preparing an attack with his chemicals. This is the case, because according to experts, “car-mechanic” is an IS-code word for a person who can assemble bombs.

The verdict was announced Friday morning 11 AM Swedish time on 8 March 2019. The decision was made unanimously by chief judge Patrik Alm and three jury members. “It has not been proven that Atabek Abdullaev has intended to promote or execute an attack in IS’s name in Sweden,” the verdict stated.

More background of this story can be found here: First I believe in the Creator. After that — in the Swedish justice system. A story of the Kyrgyz terrorist suspect 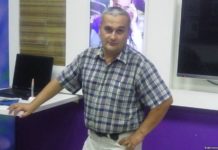 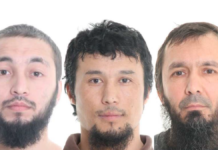 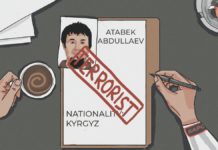 First I believe in the Creator. After that — in the Swedish justice system. A story of the Kyrgyz terrorist suspect