Moreover, the removal of the video and the temporary ban to publish anything on the channel happened less than two days before parliament elections in Kyrgyzstan.

We appealed the decision, but to our surprise, YouTube dismissed our appeal.

Kloop is one of the most popular independent media outlets in Kyrgyzstan, famous for its investigations of corruption and organized crime. Since 2020, Kloop has also become a major election monitoring organization in Kyrgyzstan, and the deleted video was part of our observation campaign.

The video was not publicly accessible: it was a manual on election monitoring, and only our observers could reach it through the link that we sent to them. This leads us to believe that there was an orchestrated campaign to flood this video with complaints, and it was organized by those who do not want us to efficiently observe the upcoming elections.

YouTube’s actions make it more difficult for us to fight for the freedom of speech and for fair elections in our own country. We have been already facing pressure from the authorities of Kyrgyzstan for what we are doing. The Central Elections Committee did not register one of our organizations to observe elections, creating artificial bureaucratic barriers, while many of our observers have been receiving threats to be fired from their jobs for working with us on the election day.

The actions of Kyrgyz authorities is no surprise: since Kloop started monitoring elections in 2020, our observers recorded thousands of violations, while our lawyers submitted hundreds of official complaints. We have become one of the main forces that protects elections in Kyrgyzstan from being influenced by authorities of the country.

What is a real surprise is that YouTube either cooperates with the government of Kyrgyzstan in putting pressure on election observers, or it has a very poor algorithm. Seems like it is enough to organize a complaints attack on any video, and YouTube would delete it without even checking the contents of what is being removed.

We very much hope that it was just a mistake on YouTube’s side, that this statement reaches YouTube and Alphabet, and that they will restore our deleted video and access to the channel as soon as possible. (Preferably before November 28, the day of parliament elections in Kyrgyzstan.)

We also urge YouTube to change their policy of complaints and how they influence the removal of content: what happened with us should never happen again neither to us nor to anyone else. 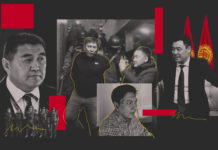 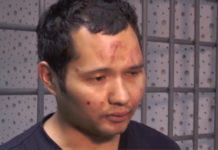 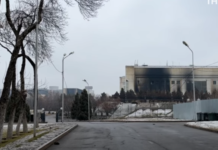