On November 1, Kazakhstan’s Ministry of Information and Social Development released what was allegedly a joint statement with Facebook. The statement said that the government of Kazakhstan received access to the social media network’s internal system, allowing the national authorities to flag content that they deem “malicious” and simplifying the process of deleting such content.

Meta Platforms, the owner of Facebook, has denied this. The company stated that such a joint statement was never released and that no exclusive access was granted to the government of Kazakhstan.

But the Ministry of Information of Kazakhstan insists that a joint statement with Facebook was agreed to with the company.

Human rights defenders, journalists, and representatives of civil society are saying that the government of Kazakhstan is attempting to take control of social media networks and messaging platforms and implement censorship in the country.

We agreed to it

The alleged joint statement released by the Ministry of Information of Kazakhstan and Facebook said that the two sides “agreed to cooperate closely on harmful issues related to content, with a focus on protecting the rights of children on the Internet.”

“To help the Government of Kazakhstan keep its cyberspace more secure, Facebook has offered Kazakhstan direct and exclusive access to Facebook’s “Content Reporting System” (CRS). CRS will enable the Ministry of Information to promptly report content containing violations of Facebook’s global content policy and local laws of the Republic of Kazakhstan,” the statement said.

The Ministry of Information of Kazakhstan stated that the country was the first in Central Asia “to receive access to the system and is already in a direct channel of contact with Facebook’s international content policy team.”

According to the statement, the Facebook team has led training sessions for staff members of the Ministry of Information of Kazakhstan, who have already begun working with the system.

The Ministry also added that the two sides agreed to create “ongoing means of interaction,” including appointing a representative of Facebook’s regional office to work with the Ministry of Information.

“The Ministry is confident that using the ‘Content Reporting System’ will increase the speed and overall efficiency of the work being undertaken to counter the spread of illegal content on Facebook and Instagram,” the statement said.

However, on November 2, Ben McConaghy, Facebook’s Director of Policy Communications for the Asia-Pacific region, told Reuters that they did not offer the government of Kazakhstan exclusive access to the content system.

He added that access to the reporting system “is not exclusive to Kazakhstan and is shared for governments all over the world.”

“The process in Kazakhstan is the same as in other countries,” McCongahy said.

A joint decision was agreed upon

After Meta denied the events, Kazakhstan’s Minister of Information and Social Development, Aida Balayeva, stated that “the text of the joint statement was fully agreed upon with the management of Facebook’s regional office.”

“The Ministry of Information and Social Development led talks with ‘Meta’s’ (‘Facebook’s’) regional office for China, Mongolia, and Central Asia in the city of Hong Kong. The text of the joint statement published on November 1 and its media publications were fully agreed upon with management in this regional office,” Balayeva wrote on Facebook.

At the same time, Balayeva left no comment on Facebook’s denial of the fact that Kazakhstan was offered “exclusive access” to the reporting system for malicious content.

In September, several deputies from the Parliament of Kazakhstan proposed to add amendments to national legislation on the rights of children. The motivation for their decision is to protect children from cyberbullying.

Particularly, the parliament is proposing:

This bill was approved at the first reading in the Mazhilis, the lower house of Kyrgyzstan’s Parliament.

Kazakh human rights defenders and journalists are opposing this legislation. They believe these changes are repressive and are aimed at introducing censorship in the country. Civil society representatives have started a petition to oppose the bill that received over 10,000 signatures at the time of publication.

They say that internet platforms like Google; social network sites like Facebook and its subsidiaries, Whatsapp and Instagram; and the messaging platform Telegram, “will refuse to register their offices in Kazakhstan on the proposed conditions, thereby depriving Kazakhstanis of free internet.” They believe that the pretext of the fight against cyberbullying and defending children’s rights is “manipulation” and an amendment tactic.

According to Kazakh political scientist Dimash Alzhanov, the authorities are creating leverage to “surgically remove any information that is not pleasing to them” while not directly blocking all social media networks.

Alzhanov is certain that this legislation has been in preparation for a long time, and that discussions were deliberately started after the elections.

“With this law, they are lowering the risks for themselves and getting the chance to surgically block or remove certain information. If you consider how this works in Russia, this is precisely what the Kazakh authorities are relying on: to surgically take action on the side of active channels, websites, accounts, and so on,” he said in an interview with vlast.kz.

Facebook itself does not have the highest reputation. Human rights defenders have often blamed the social media network for its willingness to cooperate with the authorities of countries that are attempting to suppress freedom of speech on the internet. 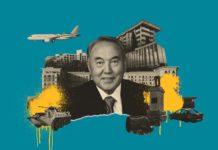 The Nazarbayev Billions: How Kazakhstan’s ‘Leader of the Nation’ Controls Vast Assets Through Charitable Foundations 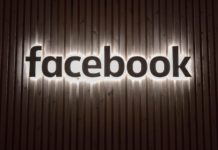 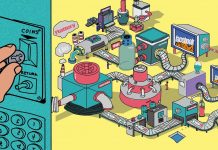 The government’s personal firefighters: how fake accounts took over the Kyrgyz Internet