On December 1, Omurbek Tekebayev, leader of the Ata Meken opposition party, was the victim of a high-profile assault in Bishkek. A group of around 70 people pushed Tekebayev out onto the street near the Park Hotel and took his cell phone.

It was evident from both reports and photographs circulated online that Tekebayev had received a blow to the face. Afterward, information regarding who was responsible for the attack and the possible identities of the assailants was shared online.

One such suggestion came from Ata Meken representative Klara Sooronkulova. In a post on her Facebook page, Sooronkulova alleged that Tokmok mayor Urmat Samayev was behind the attack on Omurbek Tekebayev.

Later, Tokmok city council representative Cholpon Sydykova also voiced claims about Samayev’s links to the assailants. She posted on Facebook a video showing the alleged assailants at the time of the attack on the Ata Meken leader.

Other information shared online indicates that the 23-year-old man arrested by the police as a suspect for the attack on Tekebayev is Samayev’s ‘okul bala’ or ‘named son’ (a traditional relationship in Kyrgyz culture similar to godson).

This video, taken in the Megapolis restaurant belonging to Mederbek Sakkarayev, shows a large group including Kairat Chokeev, Urmat Samayev, and Anarbek Malikov. The group set off in buses for Bishkek where they were involved in the assault on Omurbek Tekebayev.

Samayev has denied all the allegations levelled against him, including that the arrested man is his ‘named son’. He did not, however, deny that he was acquainted with the young man.

“I know the 23-year-old detainee in the same way that I know 70-80% of the residents of Tokmok and Chuy regions. I was born and raised there, so of course I know almost everyone. The man is neither my driver nor my named son,” said Samayev in an interview with Kaktus.media.

According to Sydykova, Kairat Chokeev and Anarbek Malikov, both deputies in the Tokmok city council, were also involved in the attack on Tekebayev as was Mederbek Sakkarayev. Sakkarayev took part in parliamentary elections on 28 November as a candidate for representative of Chui-Kemin district.

Earlier media reports stated that Sakkarayev registered his participation in the elections with the Central Electoral Commission despite being a citizen of Kazakhstan. Sakkarayev then succeeded in becoming the leader of his district.

According to Sydykova, a group of people who were gathered in the Tokmok restaurant belonging to Sakkarayev were later seen in Bishkek at the time of the attack on Tekebayev.

Journalists at Temirov LIVE also discussed the possible involvement of Samayev, Chokeev and Sakkarayev in the attack on Tekebayev. Their investigation into the attack on the politician provided a detailed analysis of video footage from the scene of the incident.

They examined Sydykova’s claims regarding those who gathered at Sakkarayev’s restaurant. According to the journalists, those at the restaurant were later spotted in a photograph taken at Government House prior to the appearance of reports regarding the assault on Tekebayev.

“I have watched the video [of the assault] and can definitely see Anarbek Malikov. He is a current representative with Tokmok city council. He is also a relative of Mederbek Sakkarayev,” Sydykova told journalists.

In addition, the journalists say they have also been able to confirm the presence of Kairat Chokeev in the video of the attack on Tekebayev. On 1 December Chokeev posted a message on his Facebook page stating that he was ‘tired of protest rallies’.

“In the morning, Chokeev shared a post and video message from Tokmok. At 15.15 we received information from Staraya Ploschad’ in Bishkek. A large crowd of people had been brought there by bus. By 15.30 news of the attack on Omurbek Tekebayev had already appeared,” journalist Tynystan Asypbekov said.

Asypbekov noted that the distance between Government House and the Park Hotel, where the attack on Tekebayev took place, was around 200 meters.

“The question is, are these events connected?” added the journalist.

Later, on 3 December, Sydykova announced that she had provided information regarding the attack on Tekebayev to the Pervomaiskii District Department for Internal Affairs.

“I personally identified Anarbek Malikov and Kairat Chokeev, both Tokmok сity сouncil representatives; I hope to ask them how they came to be at the scene of the attack. I hope that their intentions will not go unpunished,” she wrote on her Facebook page.

Despite the arrest by the police on 2 December of one of those suspected of carrying out the attack, information was posted online regarding another man, Sanzhar Tilekov, who is also alleged to have attacked Tekebayev.

Galina Baiterek, Head of the Education Department in the presidential administration, responded promptly to this news. In a post on her Facebook page, she stated that an acquaintance of Tilekov had informed her that Tilekov was in Batken on the day of the attack on Tekebayev.

She had advised this acquaintance to share this information on social media and to explain that it was physically impossible for Tilekov to be in two places at once.

This was followed later by a video shared online in which Tilekov, located in Batken, denied carrying out out the attack on Tekebayev. 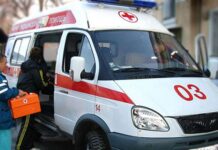 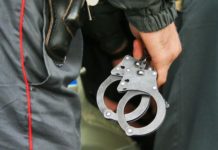 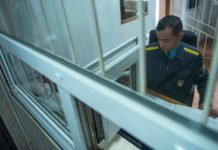 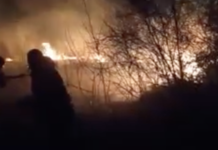 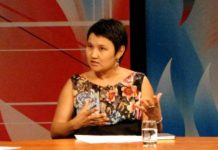