He fled the country, was accused of corruption, and declared wanted. But his wife was still able to maintain at least one bulging bank account in the heart of Europe.

But after fleeing the country amid the April 2010 uprising against the government of President Kurmanbek Bakiyev, he was charged in absentia with having abused his authority. Attempts to force his return have been unsuccessful, even after Kyrgyzstani authorities opened a criminal case against him and declared him wanted.

Though he was being publicly sought for arrest in Central Asia, leaked Suisse Secrets data shows his family was able to maintain at least one bank account in the heart of Europe. Natalia Kurmanalieva — who was widely reported in the media to be his wife, and who is not known to have had any independent sources of income — opened an account at Credit Suisse in 2008 which held over 1.4 million Swiss francs ($1.3 million) by July the following year.

Suisse Secrets is a collaborative journalism project based on leaked bank account data from Swiss banking giant Credit Suisse.The data was provided by an anonymous source to the German newspaper Süddeutsche Zeitung, which shared it with OCCRP and 46 other media partners around the world. Reporters on five continents combed through thousands of bank records, interviewed insiders, regulators, and criminal prosecutors, and dug into court records and financial disclosures to corroborate their findings. The data covers over 18,000 accounts that were open from the 1940s until well into the last decade. Together, they held funds worth more than $100 billion.

“I believe that Swiss banking secrecy laws are immoral,” the source of the data said in a statement. “The pretext of protecting financial privacy is merely a fig leaf covering the shameful role of Swiss banks as collaborators of tax evaders. This situation enables corruption and starves developing countries of much-needed tax revenue.”

Because the Credit Suisse data obtained by journalists is incomplete, there are a number of important caveats to be kept in mind when interpreting it. Read more about the project, where the data came from, and what it means.

At the time, Kurmanaliev was a public servant in a country where the average salary for a government worker was around $240 per month. He may have earned more working for private businesses in the 1990s and 2000s, though Kurmanaliev declined to provide specific answers about his earnings, saying only that they were “significant.” The companies he had worked for either did not respond to requests for comment or offered no details.

The account remained open after the authorities opened a criminal case against Kurmanaliev in 2010 for having illegally handed out mining licenses.

Although Kyrgyzstan is a poor country, it sits atop extensive mineral wealth, including one of the largest gold mines in Central Asia, Kumtor, as well as deposits of rare earth minerals, uranium, and antimony. Kurmanaliev trained as a geologist in Bishkek in the 1970s and worked at Kumtor as his first job out of a Soviet polytechnic university before spending 16 years in the private sector.

He had also been accused of embezzling state property in 2002. A criminal case against him was launched, though it’s unclear what exactly happened: The prosecutors’ office said that the case had been transferred to the police for investigation, while police told reporters they had no such case.

In January 2008, Kurmanaliev was appointed head of the State Agency of Geology and Mineral Resources, which later became the Ministry of Natural Resources. But a few months after taking up his new position, he ran into trouble. At the time, he was involved in Kyrgyzstan’s negotiations with the Canadian company that held the license to mine Kumtor’s gold.

During a debate in Kyrgyzstan’s parliament about mining licenses, he clashed with the vice-speaker of parliament, Kubanychbek Isabekov, who publicly accused him of profiting from his position by granting mining licenses to himself.

“While I was working on issues related to Kumtor, I was digging,” recalled Isabekov in a recent interview. “I got information that Mr. Kurmanaliev, Minister of Natural Resources, did not have entirely clean hands … so I drew attention to it.”

In 2010, the revolution interrupted both men’s lives. Kurmanaliev fled Kyrgyzstan along with other close allies of President Bakiyev. As for Isabekov, he stopped his investigations into corruption after the Kyrgyz parliament was dissolved and the committee examining mining licenses disbanded.

“I became the same kind of citizen as you, without rights,” he told a reporter at OCCRP’s partner, Kloop. “It all ended there.”

After the revolution, the criminal case against Kurmanaliev made its way through Kyrgyzstan’s court system and he was convicted in absentia in 2014 for illegally issuing mining licenses.

More allegations against Kurmanaliev emerged the following year after the new, post-revolution Kyrgyz government revoked licenses he had issued to a Canadian company in 2009 to mine rare earth deposits, claiming that it had been obtained illegitimately through corruption.

The company, Stans Energy, then sued Kyrgyzstan for illegal expropriation in a U.K. arbitration court. Its founder, Boris Aryev, testified that Kurmanaliev had telephoned him to ask for double the normal payment for mining rights — but paid in a complex way that would be legally “bulletproof.” In that way, the company said it was told, it could legitimately avoid the tender process.

Lawyers representing the Kyrgyz government argued that this had been a demand for a bribe, that it amounted to corruption, and that the $863,550 paid by Stans was laundered through a series of shell companies rather than being paid into the state budget.

However, the tribunal decided in favor of Stans Energy and ordered the Kyrgyz government to compensate the company.

Today, Kurmanaliev is living in Latvia, where he sought asylum after fleeing Kyrgyzstan. He strongly denies any corruption or misconduct, and told OCCRP that he had stopped living with his wife in 2005 and her bank account had nothing to do with him.

“I don’t know exactly what she did and what financial transactions she carried out in 2009, and I have nothing to do with it,” he said, adding that his conviction by Bishkek district court was “unjust, discriminatory, and politically motivated.”

Reporters made several attempts to reach out to Kurmanaliev’s ex-wife Natalia for comment. She did not respond, though she soon deactivated or renamed some of her social media accounts.

Meanwhile, the current Kyrgyz government caused a furor last year by taking over management of the Kumtor mine from the Canadian company that has operated it since 1992. Law enforcement agencies said they discovered “evidence confirming high scale corruption” during its 30-year-long exploitation of the gold mine. Among the cases of alleged corruption, investigators said that the 2009 agreement that Kurmanaliev and other officials had helped negotiate with the Canadians “deliberately provided unlimited opportunities for this company, to the detriment of the environment and the economic interests of the republic.”

Some Kyrgyzstani politicians have called for charges to be brought against officials involved in negotiating the agreements.

“The Canadian company could not draw up [the agreement] on its own — the fault lies with our officials,” Aida Salyanova, a former member of parliament and prosecutor general, told RFE/RL, describing the Kumtor agreements as “predatory politics.” 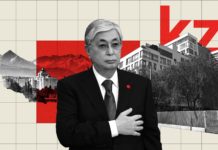 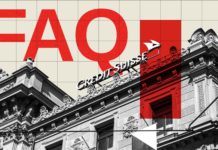 What is Suisse Secrets? Everything You Need to Know About the Swiss Banking Leak