Over the past few days, Dastan Bekeshev, candidate for parliament, has drawn quite a bit of attention to himself. He has been questioned in the State Committee for National Safety (GKNB), has been criticized by President Sadyr Japarov, and following that, had a legal case brought against him. Below, Kloop summarizes the main events concerning Bekeshev from the last few days.

On the evening of November 15th, candidate and current member of parliament Dastan Bekeshev was called in for questioning at the State Committee for National Safety (GKNB). Bekeshev announced this on his social media pages, stating, “the GKNB wants to bring a case against me.” Right after the information appeared about Bekeshev’s interrogation, attorney Nurbek Toktakunov wrote on his Facebook page, “The investigator shouldn’t even ask his [Bekeshev’s] name when you have a case against a person who has vision or hearing problems.” (Dastan Bekeshev lost his vision at an early age)

“That said, they questioned Dastan Bekeshev for four hours without an attorney present and refused to let me in” He continued.

In total, Bekeshev was interrogated for over four hours. Bekeshev said that he was questioned because he had allegedly used minors in his political campaign.

“This is a use of administrative resources, and I can say this unconditionally, because they [the government] don’t interfere with my opponents in the Oktyabr Region and even close their eyes to their campaign violations” Bekeshev said.

He noted that one of his opponents is former minister of interior affairs Melis Turganbaev and another is Ruslan Kydyrmyshev, an advisor to President Japarov. Bekeshev, Turganbaev, and Kydyrmyshev are all running in the single-member district that encompasses the Oktyabr Region of Bishkek.

Bekeshev considers that his “leadership of the district” has prompted his opponents to use administrative resources. He also added that on November 15th, they “began to catch” his campaigners and among them were some who were not yet 18. However, Bekeshev emphasized that these were not his campaigners.

“The minors don’t work for the campaign. Maybe they were helping their friends or helping in some other way, but I told everyone we can’t use minors. The GKNB began to ask whether I paid them with the campaign fund, but that’s craziness. We hardly have three million Som in the bank and I paid minors?* That’s stupidity! It would be better for them [the GKNB] to check out my opponents who have campaign funds of more than 20 million som.” Bekeshev also added that he hopes that he has the support of President Japarov in this matter.

*Dastan Bekeshev collected all his campaign funds through donations. Before the campaign he had raised three million som

Criticism without a name

The President commented on the situation the following day, though not quite like what Bekeshev was hoping for. At a meeting of the anti-corruption committee on November 16th, President Japarov commented on violations made by candidates running for parliament discussing Bekeshev but not directly naming him.

“One candidate used schoolchildren in his campaign, so he was taken in for questioning. This candidate, a nightingale, a poet of legality, says we need to get rid of corruption. But he himself still violates the law. If you criticize a person, but you do the same thing, you yourself will be criticized” Japarov said, obviously speaking of Dastan Bekeshev who had been interrogated for the alleged use of minors in his campaign.

Immediately following the President’s speech at the GKNB, more information was disseminated about Bekeshev. In a press release from the agency on November 16th, it’s argued that Bekeshev was employing high school students in his campaign.

Alongside the release the GKNB revealed that they have begun pre-trial proceedings according to “the fact of electoral law violations.” The investigation is proceeding under the criminal article “Illegal uses of funds for the conduct of elections or referendums.”

“It has been determined that financial resources were used to pay campaign workers without the formation of contracts outside of the campaign fund of the Bekeshev campaign” the press release announced.

Further, the GKNB announced that Bekeshev violated the constitutional section on elections as he had employed underage campaigners. Along with this, the ministry added that Bekeshev willingly submitted himself to questioning. The investigation is currently ongoing.

The press release was released alongside a video, in which allegedly underage workers admitted to being hired by Bekeshev’s team.

Caption text: The GKNB published a video with the participation of Bekeshev in which he allegedly admits that minors were working for his campaign. However the candidate denies the allegations. He went on to criticize the GKNB for not only selectively editing the video but releasing the video of the alleged underage workers without the consent of their parents.

Bekeshev did not wait to respond to the video. He announced on Instagram that the video was taken during the interrogation and “edited, and then put on the internet.”

Caption text: The video was taken during the interrogation by the GKNB and was edited and then put on the internet no later than an hour after the questioning. That material should have stayed there. Despite wanting to, the investigators couldn’t have put it out themselves. They were ordered by their bosses. There you have it: administrative resources.

In addition, Bekeshev’s voice is allegedly heard admitting that he had minors working in his campaign. Later, on his Twitter account, he wrote that the GKNB did not state whether they had the permission of minors’ parents to release the footage.

“That material should have stayed there. Despite wanting to, the investigators couldn’t have put it out themselves. They were ordered by their bosses. There you have it: administrative resources.” Bekeshev wrote.

I am not Sadyr Japarov’s enemy

On the evening of November 16th, Bekeshev released a post on Facebook which commented on the situation. He wrote that he wasn’t engaging in wholesale criticism of the president but only talking about “unwelcome facts.” The facts being “his [Japarov’s] son’s desire to control a political party, the formation of his campaign fund and other things.” Bekeshev added, “I am not Sadyr Japarov’s enemy. His enemies are those who are staying silent and waiting for him to make a mistake.”

Bekeshev further explained that according to the article in the criminal code on which the investigation is based, the expenditure must be on a large scale. He noted that a large-scale expenditure is one which exceeds 500,000 Som. “If I had done this and brought in underage campaign workers, could I have paid them such a large sum?” Bekeshev asked.

In the post, Bekeshev continued that his campaign never hired underage workers, adding that “they were pressured to.” Also, Bekeshev noted that the GKNB didn’t publish a section of a video where the minor said he never took money from the campaign and was, in fact, not campaigning for Bekeshev.

“I don’t have the resources, and especially on such a large scale to pay without using campaign funds. All of our expenditures come from our campaign fund and the media has noted I’m in fourth place in terms of expenditures. I’ve paid more taxes and social contributions for my campaigners than some parties and even other candidates in my region,” Bekeshev wrote. 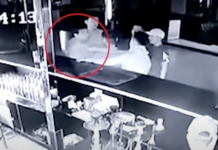 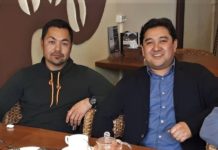 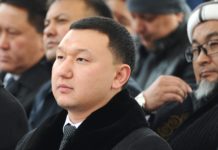